Once upon a time, I used to sing in the choir. In my day we wore white surplice, violet robe with ladies and girls sporting a three cornered hat. The small ones, girls and boys wore a frilly ruff and hated them!

Times change and St Giles Singers no longer sport the traditional garb, although always smartly turned out; and boys and girls no longer tug at ruffs, but the singing is angelic and I am waiting patiently for Sunday Evening’s  9 Lessons and Carols.

This year I haven’t been able to sit in on the Singing Practices so there will be surprises, but no surprise can equal the one given  the shepherds out in the fields when the angel of the Lord showed up. Smelly Shepherds, in that day were held in as much respect as those who live on the streets today, unprepared,  ( we use that word in our Communion Service ~ “our hearts were unprepared”) wearing grubby apparel, sleeping in the open doing nothing to enhance their appearance, those shepherds were the last people expecting the Angel of the Lord, yet appear He did, together with a multitude of heavenly beings, praising God and saying,

I look forward to the Carol Service, and unprepared as I am, to seeing peace reigning on the earth.

Lord, I  pray for gentlenes, and your strength to be forgiving.  Lord Jesus  I ask for patience that I might understand and the blessing of endurance like yours to stand for all things that are just, and right, holy and good that I may know your peace and praise God aright all my days.Amen

St Giles Singers are getting in Tune for a special concert to mark the 90th Birthday of Her Majesty Queen Elizabeth II.

Their programme includes popular songs from the decade of Her Majesty’s long and glorious life, so there should be something to stir up our memories, set us humming and tapping our feet.

Saturday, June 11tn, 7:00pm for an evening of celebration of our Queen’s remarkable life of service to our Nation and to us her people 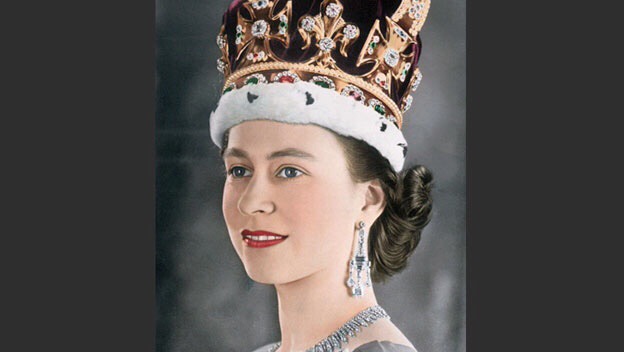 God Save Our Queen
Long May She Reign

Really unsure what the title for this post should be?

The days are shorter, the evenings longer. In side church it’s getting a little chilly now but St Giles Singers are so keen that nothing deters them from Wednesday Evening Singing Practice.

Forget that old cliche, “They need all the practice they can get”

They actually sound great, confidence is building and they are a credit to our Church Music Director Agata Beaman. Agata (she’, front left, 2nd pic) is longing to form a young people’s choir, and we are sure that her dream will be realised, but meantime, as these pictures show, her Senior Choir are loving her gentle, patient coaching and are thrilled by the results as she leads them on; already they have found themselves doing things vocally, they thought impossible just a few months ago.

It maybe, that like me, you find music and singing, calming. A little sing whilst doing housework I find therapeutic; it brings out the rainbow on a cloudy day. It is a mood changer 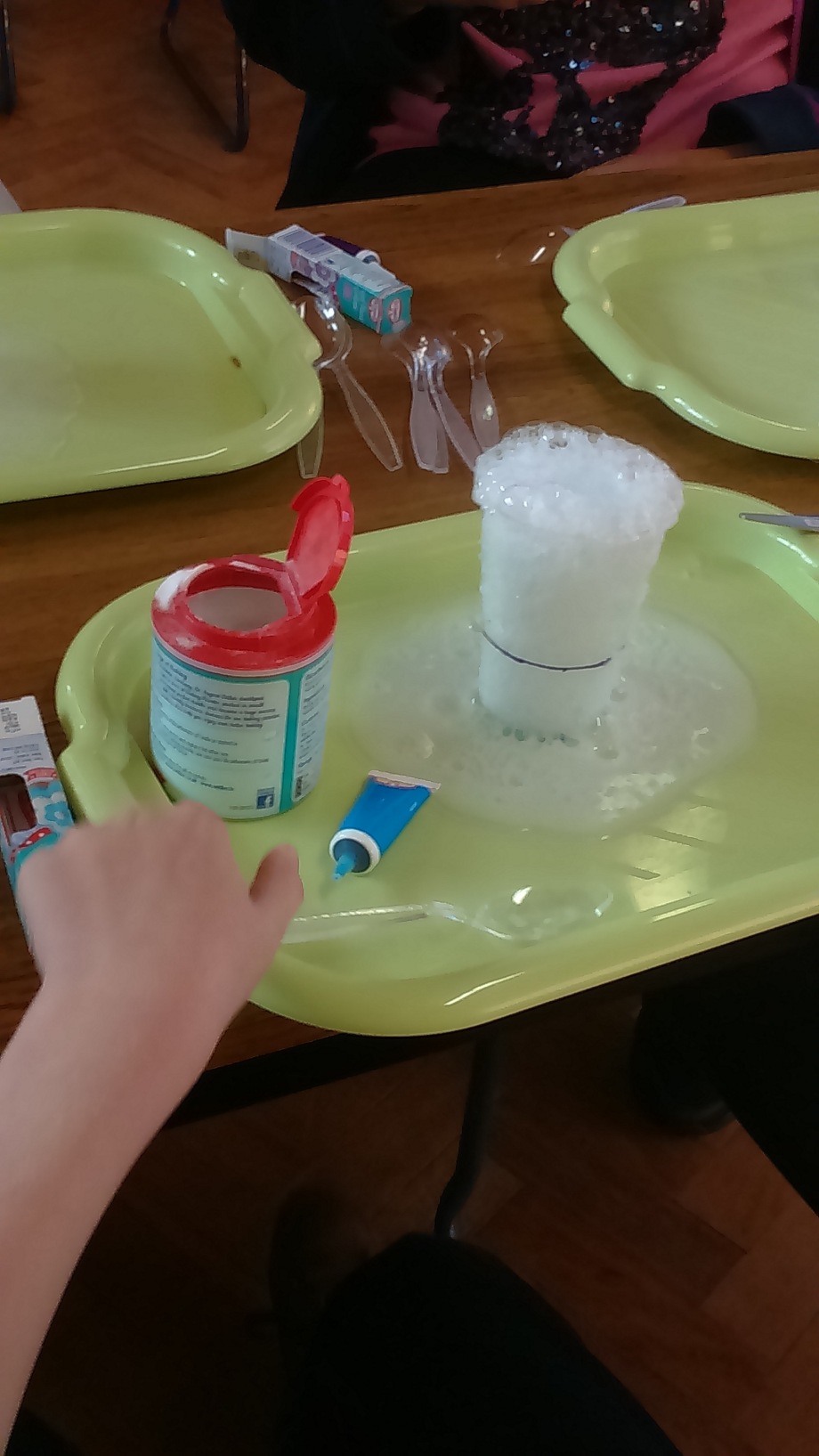 Messy Church was launched in Rowley Church Hall last month, yesterday afternoon’s session helped us to think about that tricky, mood anger. Somehow Christians find it difficult to own up to ‘anger’ – it is a taboo subject, something which we feel the bible condemns and yet, when we read of Jesus, upsetting the money changers’ tables and driving them out of the temple, we have to think again. The wife of a former Vicar was often heard to say,
“Don’t let anger use you. Use it!” Janet was good at this. She campaigned vigorously for Christian Aid, Age concern and any cause where she felt ‘fairness’ needed to be fought for. Somehow, I think that the Lord would have approved. If we want a fair world we have to make it so.

The picture shows the ingredients, vinegar, food colouring and bicarbonate of soda laid out with the sudden explosive, fizzy result – a picture of the sudden boiling out of raw anger.

By the Rivers of Babylon

The scripture we shared together was Psalm 137: 1-8. A psalm which Christians find hard to deal with, yet it does express, eloquently in vivid terms how human beings feel, when uprooted and forced from their homelands, when the memories of atrocities are fresh, when the vinegar bitterness won’t let them forget… What do they, what do we do with anger like that?

Which is precisely what the writer of Psalm 137 is doing in these bitter, tearful words … Giving it to God and as Jesus taught God is just. We can trust the Him to convert our angry energy into the transforming energy of which works to bring good as His Heavenly wisdom, and Holy Spirit direct it.

Everything worthwhile takes time and effort.

I am very proud of my friends at Rowley who devote endless time, endless effort to reach out and touch their star. To do those things which they have never done before.

Tonight’s concert is one such thing. It has been so very many years since Rowley had a robed choir, traditional ways, especially those which require disciplines and time seem to have lost their appeal to younger people. St Giles Singers are not, it is true exactly teenagers but they do have pluck, enthusiasm and it is their intention to entertain.

Despite, many setbacks, the kinds that would make a good novel, they are waiting on tiptoes to Celebrate Summer

Musical items are varied, from “Imagine” to “Scarborough Fair” to the “Moonlight Sonata” .

My favourite, well that might just be “Rivers of Babylon” 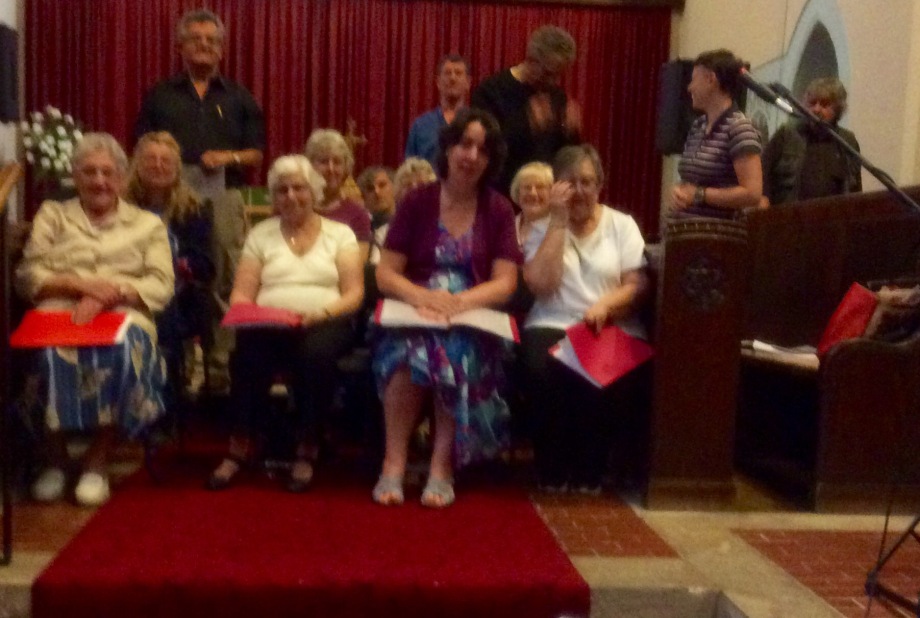 Here is how THE MESSAGE translates Mary’s Song (Luke 1:46)

St Giles has been finding a new song(s) lately, our new Music Director, Mrs Agata Beaman, it’s pronounced Agatha, has been teaching us new songs and for some of us, how to find the voice and song in us, we never knew we had. She is a good, resourceful teacher and singing practices are a joy.

From time to time, some of our gifted congregation, delight us with trumpet, violin, oboe, piano but sadly no harp yet.

Coming up, Wednesday 27th May, Agata is planning a children’s music workshop in the Church Hall. Time 3:00pm. Will share more of that later as information becomes available.

She is also planning a concert with some of us older ones – we are quite thrilled about that. Singing is always good for us and we feel we have something to sing about. If like me the bible version of your childhood was the Kings James version you may recall these words,

‘The Lord, Jehovah is my strength and my song.’ – Isaiah 12:3 – the modern NRSV translates might instead of song, but there is power in a song, especially a song of praise.

What about you? Is there a song in you?
Would you like to meet new friends?
There is a welcome for you at St Giles